What are the Components of Solenoid Valve A solenoid valve is a pressure-operated valve that uses an electromagnet to open and close a valve.

II.WHAT ARE COMPONENTS OF SOLENOID VALVES?

A solenoid valve‘s components are the heart of its operation. It can separate a solenoid valve into two major parts: the solenoid and the valve body. The solenoid is just one type in various actuators, such as manual, pneumatic, hydraulic, etc. The solenoids have varying parts depending on the kind of action required. The valve body components are also different, but they all have the same design and materials. Each part has its purpose in the process of controlling fluid flow. A coil is one of the solenoid’s central parts, consisting of an insulated copper wire wound tightly around a core tube. As described earlier, a magnetic field is generated when the current is applied. The coil is used to produce a magnetic field that it can use to attract or repel other magnets.

The core of a solenoid is the moving part of the device. It is a soft magnetic metal that can easily magnetize and demagnetize at low magnetic fields. When the coil is energized and generates a magnetic field, the core is attracted, opening or closing the valve.

Upon removing the magnetic field, the core spring returns the core to its original position. The design and configuration of the center spring in the solenoid assembly vary depending on the operation of the valve. Some structures, such as the latching type solenoid valves, it does not use springs to create a return action.

The latching-type solenoid valves are designed to operate at high pressures and temperatures. A return spring is used in these valves to ensure that the core will not be pulled out of position by centrifugal force. The return spring has two functions: firstly, it provides a means for returning the core to its original position when there is no longer a magnetic field present; secondly, it also provides a means to prevent excessive wear on the return spring itself over time due to repeated use with different operating conditions such as other pressures or temperatures.

The coil is wound between the rollers of a core tube, which acts as a soft magnetic core and a winding guide. The coil’s magnetic flux is improved by the presence of this core, which also helps to keep it in place during winding.

This core type is installed at the closed end of the core tube, improving the magnetic flux. Also, the material has a soft magnetic property.

The stem is a part of the valve where the core or plunger is attached. The coil attracts the core, and the stem moves along, activating the valve. Stems are made of steel and must be treated to prevent corrosion.

A disc block is a component of a solenoid valve that prevents fluid flow when the valve is closed. In some solenoid valve designs, diaphragms, bellows, or grippers are used instead of a disc to block fluid flow. Depending on the application, the disc is usually made of corrosion and erosion-resistant materials such as PTFE or stainless steel.

The seat is the orifice your valve closes against when you close it. Depending on the valve design, the seat may not be present like the disc. The valve seat is also made of materials that are resistant to corrosion and erosion.Once the seat or disc is damaged, the valve will pass and cannot stop the flow.

The seal, like the diaphragm, insulates the solenoid assembly and the external fluid environment. Depending on the application and the process fluid, various seal materials are available such as PTFE, FKM, NBR, and EPDM. Sealing is critical to any hydraulic system because it protects against leaks and water contamination. Sealing also ensures that hydraulic oil does not leak out of the system during startup or shutdown.

The bonnet is the part of the valve body that sits at the top of the valve. The center tube and stem extend through the bonnet and into the valve.

The central part of the valve is the body, which holds the disc, diaphragm, seat, inlet, and outlet ports.

WHAT ARE MATERIALS AND CONSTRUCTION OF SOLENOID VALVE?

Stainless steel is a corrosion resistant steel. It contains at least 15 percent chromium and 0.01 percent carbon. It’s known for its high strength and durability, which makes it an excellent choice for things like kitchen appliances and high-end automobiles. Stainless steel can also withstand temperatures up to 840°F, but it can be corrupted by chloride ions if not treated with a higher grade of stainless steel.

Brass has a higher melting point than bronze, making it more durable and malleable.

Cast Iron is an excellent material, as it offers incredible strength but is prone to cracking due to low flexibility.

Polytetrafluoroethylene (PTFE) is a thermoplastic fluoropolymer that has excellent chemical resistance. This material also has water-repellent properties, which make it suitable for ultra-clean and chemical applications.PTFE is used in various applications, including food packaging and thermal insulation.

Polyamide (PA) offers good mechanical properties comparable to PVC and is resistant to salt water. Polyamide is a strong plastic material with good mechanical properties. It is used in many applications requiring high strength and excellent chemical resistance. Polyamide is a plastic that has many uses in industry. For example, you can use it for insulation materials, bags, cables, etc.

Polypropylene is a thermoplastic with comparable mechanical properties to steel and brass with better resistance to acids, salts, and alkalis. It’s also lightweight and can be easily molded into different shapes.

Polyvinyl chloride (PVC) is commonly used in aquariums and other aquarium-related applications. It is suitable for seawater use but has lower strength and low-temperature ratings than brass and copper.

Polyvinylidene Fluoride (PVDF) is a thermoplastic polymer, which can be molded, extruded, or injection molded into a wide array of shapes. It has outstanding mechanical properties and resistance to all chemicals, including acids and alkalis. However, this material is not suitable for high-temperature applications.

What are the Components of Solenoid Valve

What are Solenoid Valves Problems and Solution 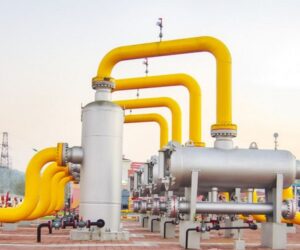 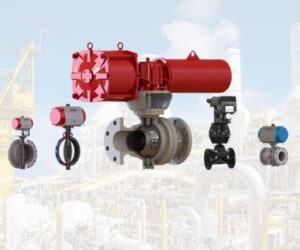 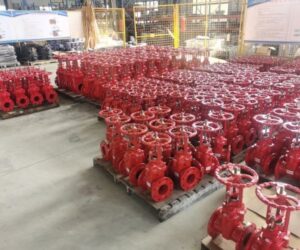